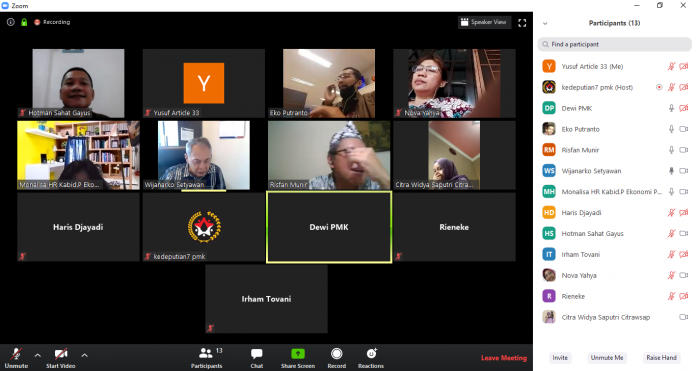 Following up on the results of the Policy Discussion previously held by Article 33 Indonesia together with the KEMENKO PMK on last 31 January, the Policy Discussion session 2 with the main discussion finalized the draft “Guidelines for Strengthening the Role of Subdistricts in Priority Locations in Border Areas” held on April 28, 2020. This time the policy discussion was also led by Mr. Wijanarko Setiawan as the Deputy Assistant for Strategic and Special Empowerment of the KEMENKO PMK and was attended by most of the Deputies and Sectors of the KEMENKO PMK.