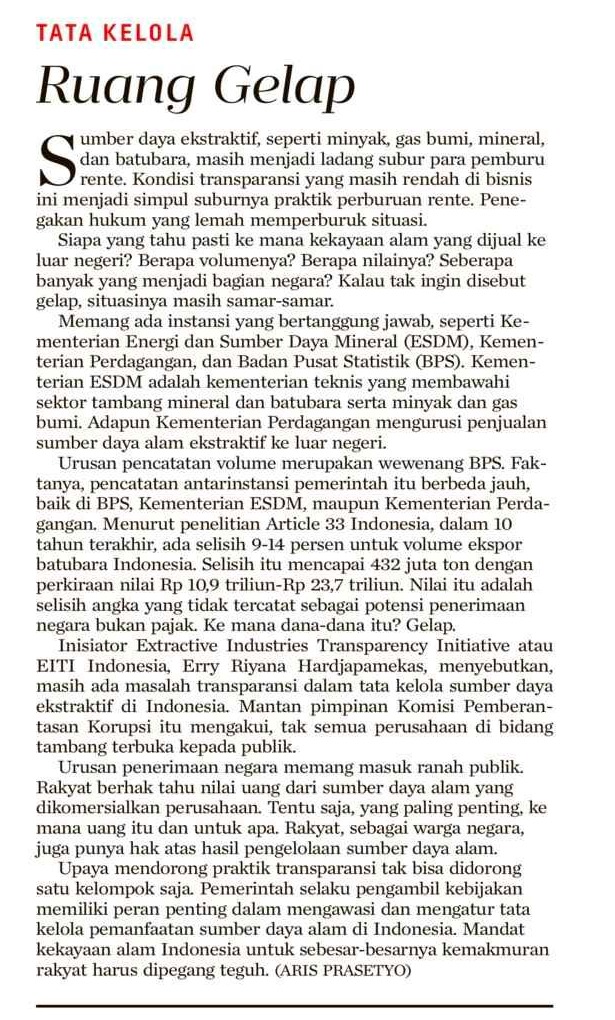 In fact, the data recording differ between government agencies, be it from Statistics Indonesia, Ministry of Energy and Mineral Resources, and Ministry of Trade. According to Article 33 Indonesia research, in the last 10 years, there is a difference of 9-14 percent for Indonesia’s coal export volume. The difference reached 432 million tons with an estimated value of Rp 10.9 trillion-Rp 23.7 trillion. That value is the difference in numbers which is not recorded as a potential non-tax state revenue. Where are the funds? Unknown.