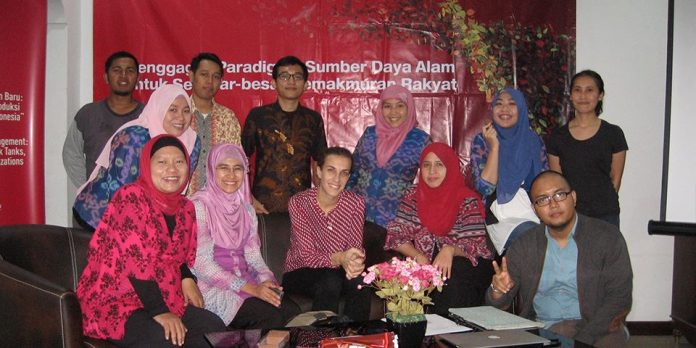 Eve then raised the question of why, in contrast with previous experience, local governments did not fight harder for their authority to issue mineral and coal mining licenses, especially since authority supposedly had given political benefits to local.

The first explanation was because the land for mining has mostly been allocated. Up until last year, Indonesia has released over 10,000 of mining licenses, over 8,000 of which were from local leaders. This explosion of IUP was driving land occupation for mining. Further issuance of permit without problems, (e.g. overlapping land use) would be hard, if even possible. Stronger Corruption Eradication Commission (KPK) also took part in affecting local leaders’ behavior. Warburton presumed local leaders are afraid to be prosecuted by the KPK if they were found misusing or even mismanaging the authority. Hence, it will be better for local leaders to not have such risky authority. It also possible that their silence now is because they are preparing a submission to the Constitutional Court to review the law in order to take back their power in the near future.