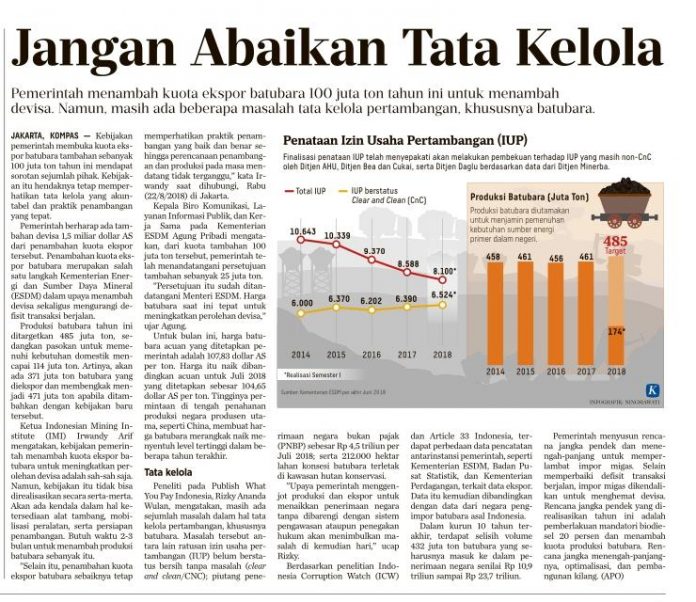 The government added a quota of 100 million tons of coal exports this year to increase foreign exchange. However, there are still some problems in mining governance, especially coal.

Based on the research of Indonesia Corruption Watch (ICW) and Article 33 Indonesia, there are differences in data recording between government agencies, such as the Ministry of Energy and Mineral Resources, the Central Statistics Agency, and the Ministry of Trade, related to export data. The data is then compared with data from coal importing countries from Indonesia.

In the past 10 years, there has been a difference in the volume of 432 million tons of coal that should have been included in state revenues worth Rp 10.9 trillion to Rp 23.7 trillion.